Additive manufacturing has been introduced in the early 80s and has gained importance as a manufacturing process ever since. Even though the inception of the implicated processes predominantly focused on prototyping purposes, during the last years rapid prototyping (RP) has emerged as a key enabling technology for the fabrication of highly customized, functionally gradient materials. This paper reviews friction-related wear phenomena and the corresponding deterioration mechanisms of RP-generated components as well as the potential of improving the implicatedmaterials’ wear resistance without significantly altering the process itself. The paper briefly introduces the concept of RP technologies and the implicated materials, as a premises to the processdependent wear progression of the generated components for various degeneration scenarios (dry sliding, fretting, etc.). 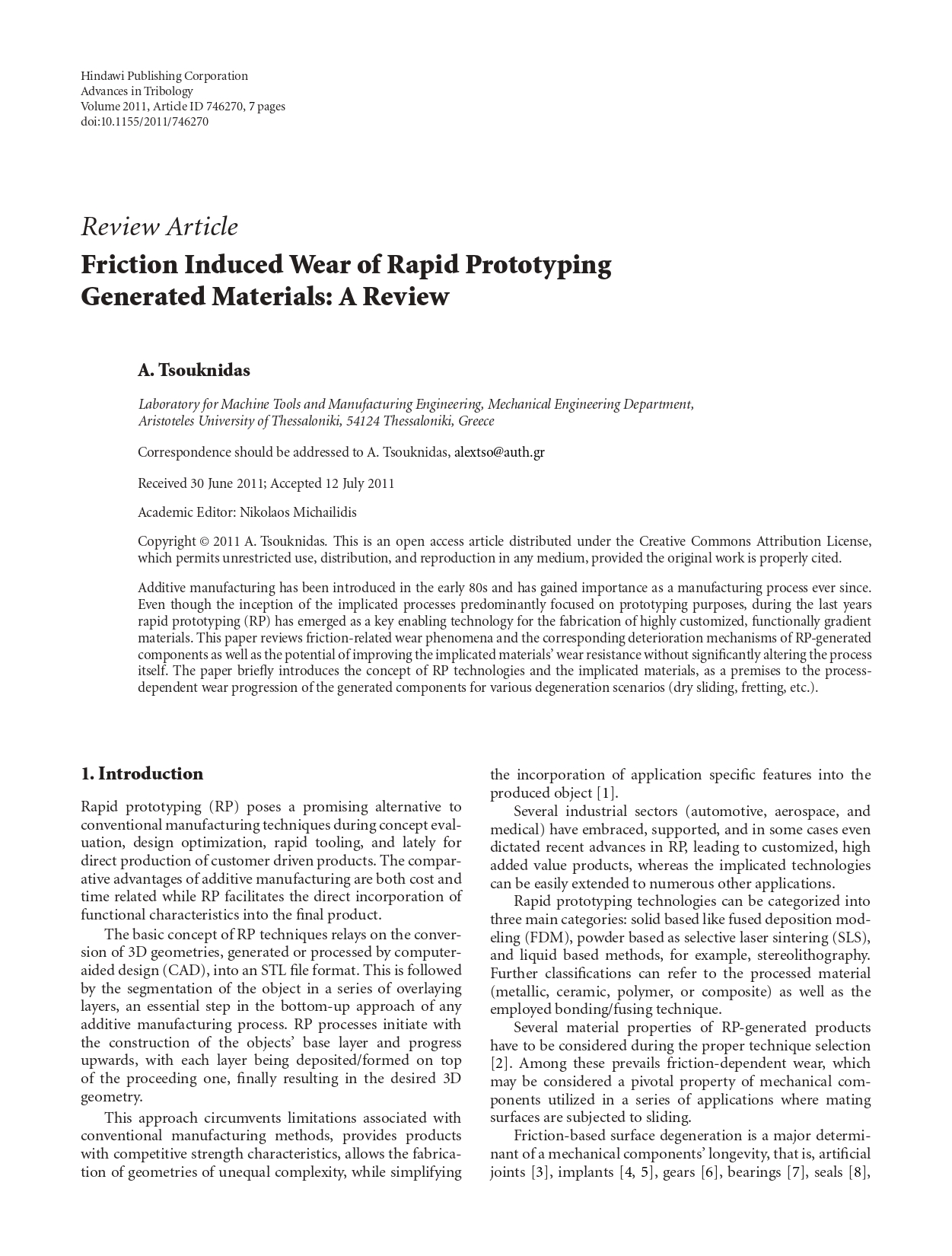