The stereo geometry and the colors of the Parthenon west frieze carved blocks exhibited in the Acropolis Museum of Athens (AMA) were captured by laser scanning. Considering the large size and weight of the frieze blocks fixed in permanent positions, a portable laser scanner supported by convenient software was used. This technique is flexible in facing shadowing effects, reaching the back sides of folded superficial features and assessing immediately the recorded data. Taking into account the elevated requirements for scanning accuracy and the blocks' large size, each relief was digitized in successive individual subareas. Via processing of the obtained numerical results, the assembly of the subareas in a universal carved surface was performed as well as a digital mapping of the exact west freeze blocks' three dimensional geometry. A comprehensive evaluation of the obtained numerical data revealed characteristic geometrical features, a common inclination for the background level of all reliefs and a slight trapezoidal front view of certain frieze blocks. The pleural slopes of these blocks were analytically determined taking into account zero seams' thickness between adjacent blocks. The calculated results converged with the attained ones by the evaluation of the numerical data of the scanned surfaces. The latter data were obtained for the first time at such a high accuracy level. Based on these results, procedures employed for assembling the Parthenon west frieze from antiquity were documented with evidences. Furthermore, the digital geometry of the blocks was imported into a virtual environment where their mounting onto the sloped architraves was simulated, thus allowing the reconstruction of the initial west frieze arrangement. The inclinations of the epistyles were determined considering published results concerning the vertical curvature of the Parthenon opisthonaos' stylobate. The vertical curvature of the simulated west frieze arrangement converges sufficiently with that of the original blocks exhibited in AMA. Since the Parthenon west frieze has been dispersed and therefore cannot be observed in its entirety as built in antiquity, the paper enables scholars, architects and art historians to consider it as a complete artifact. 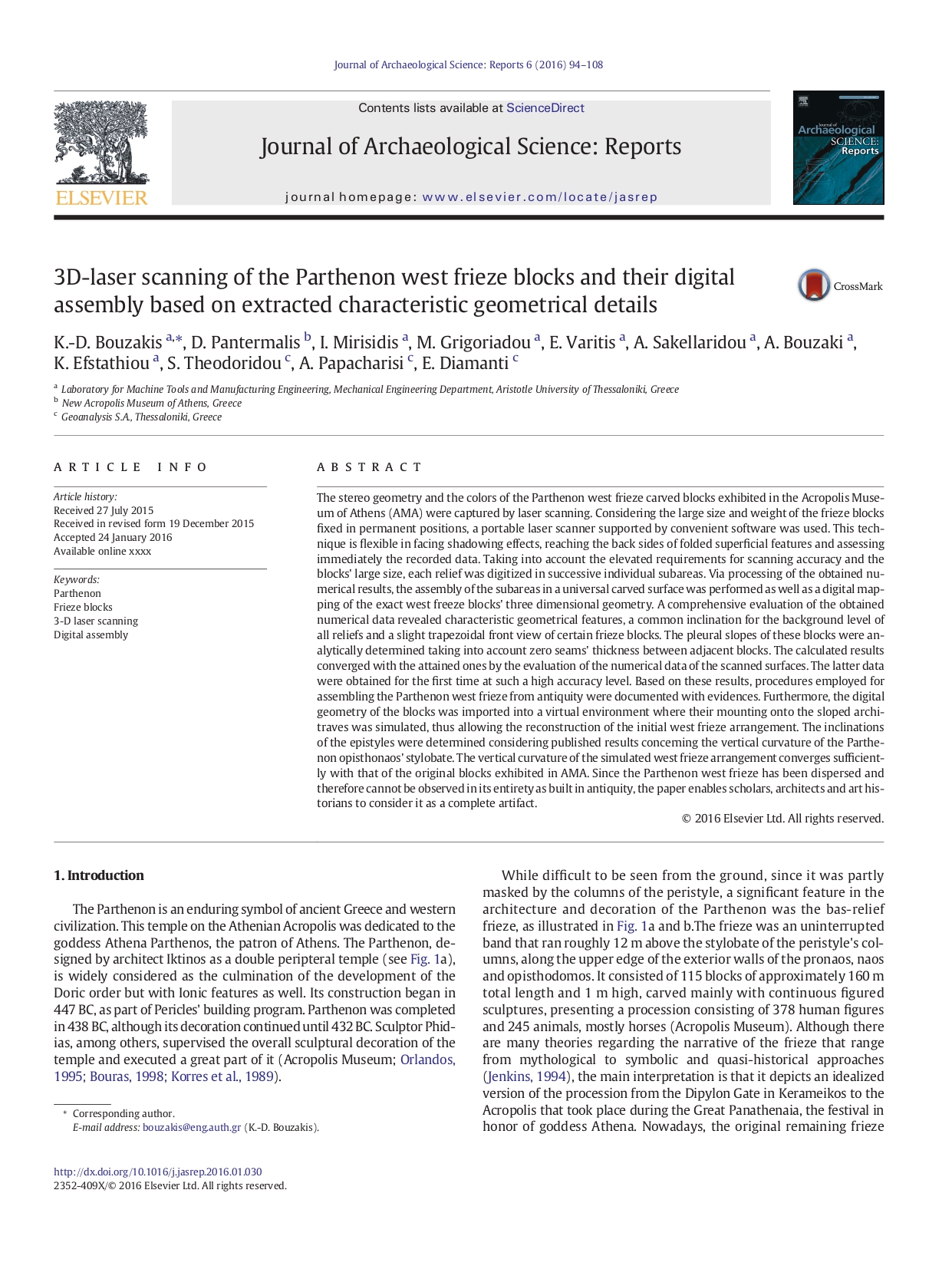